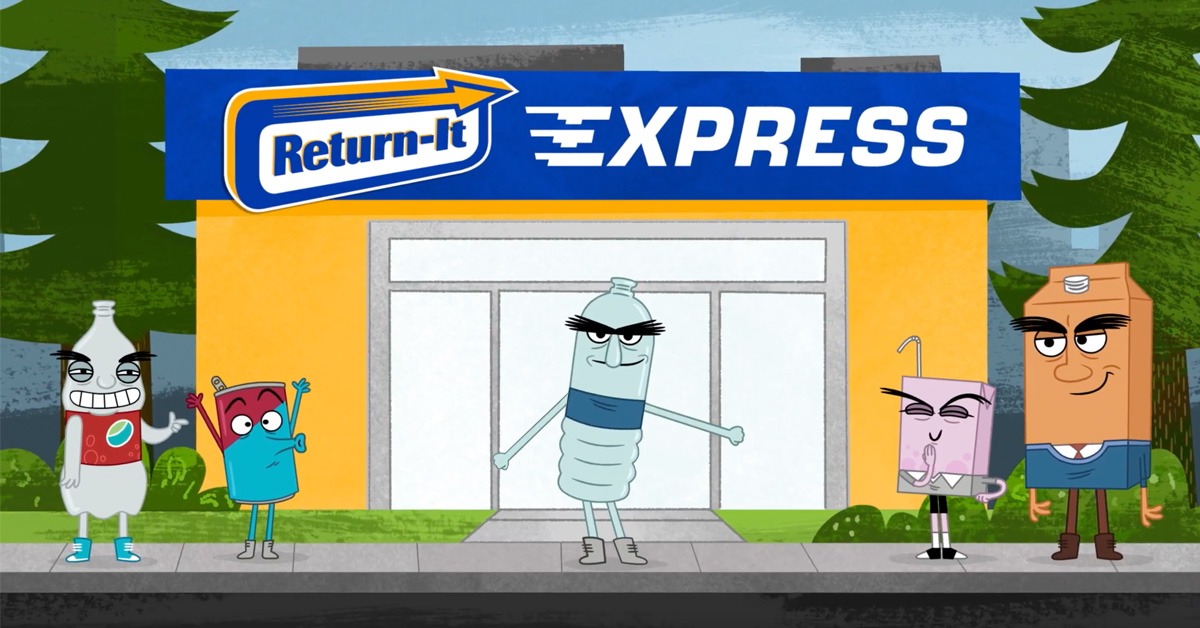 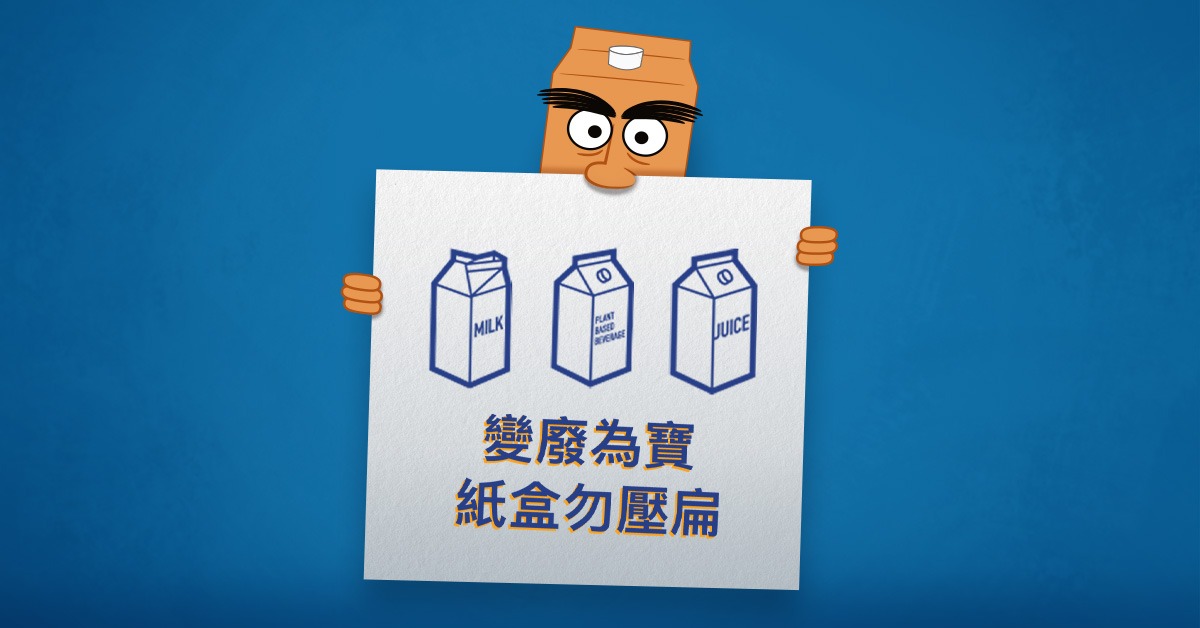 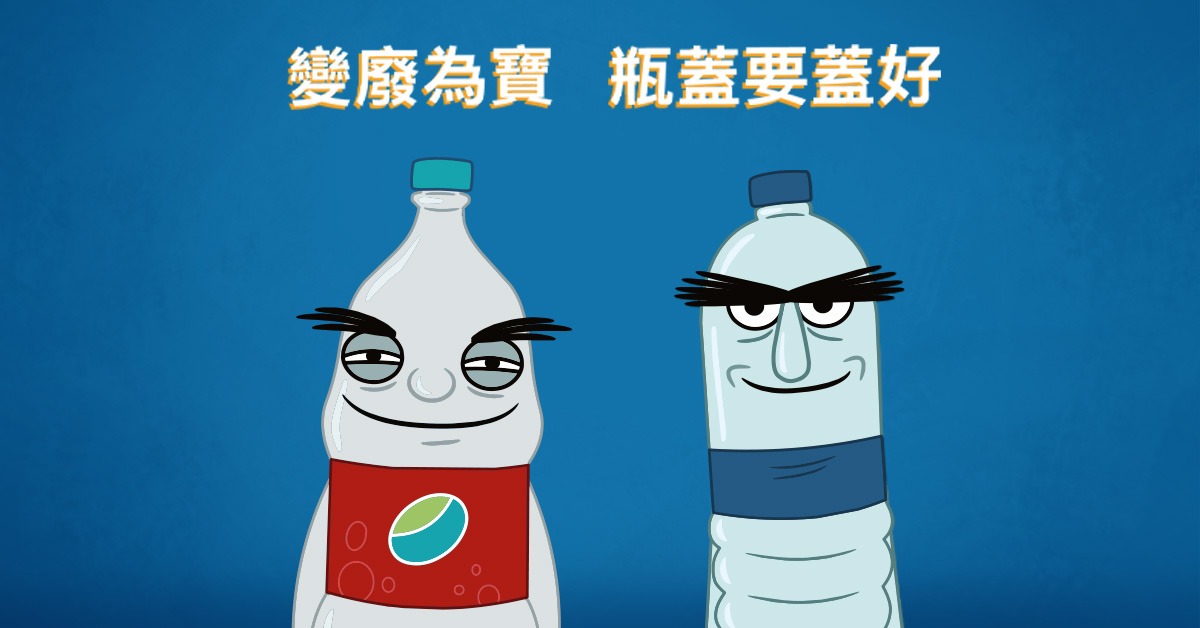 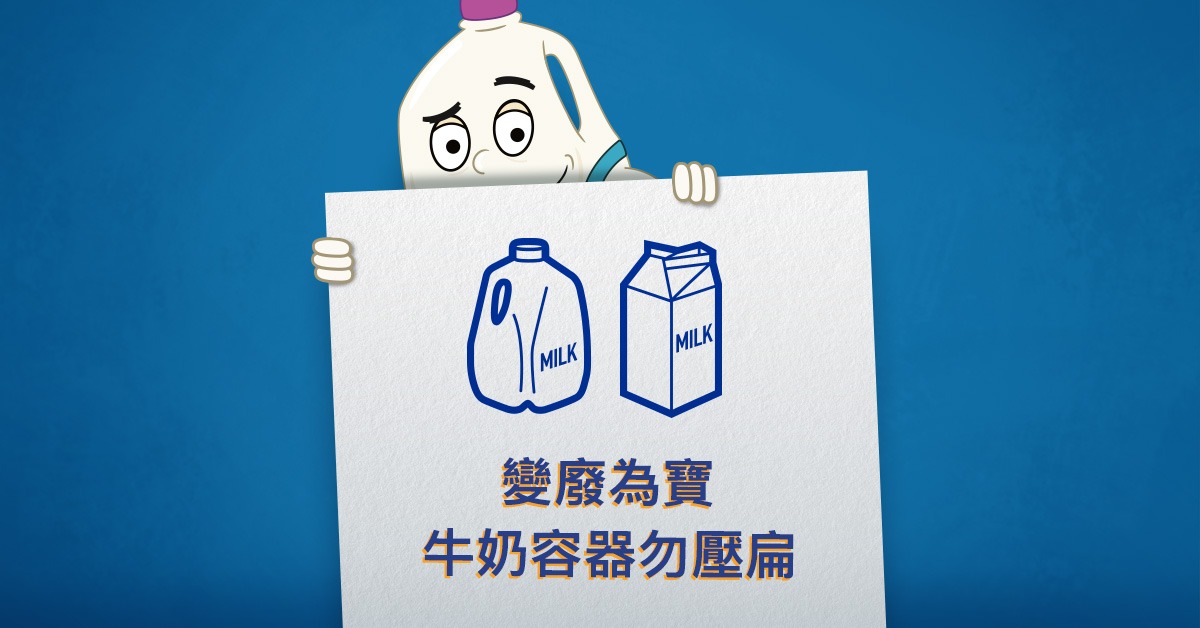 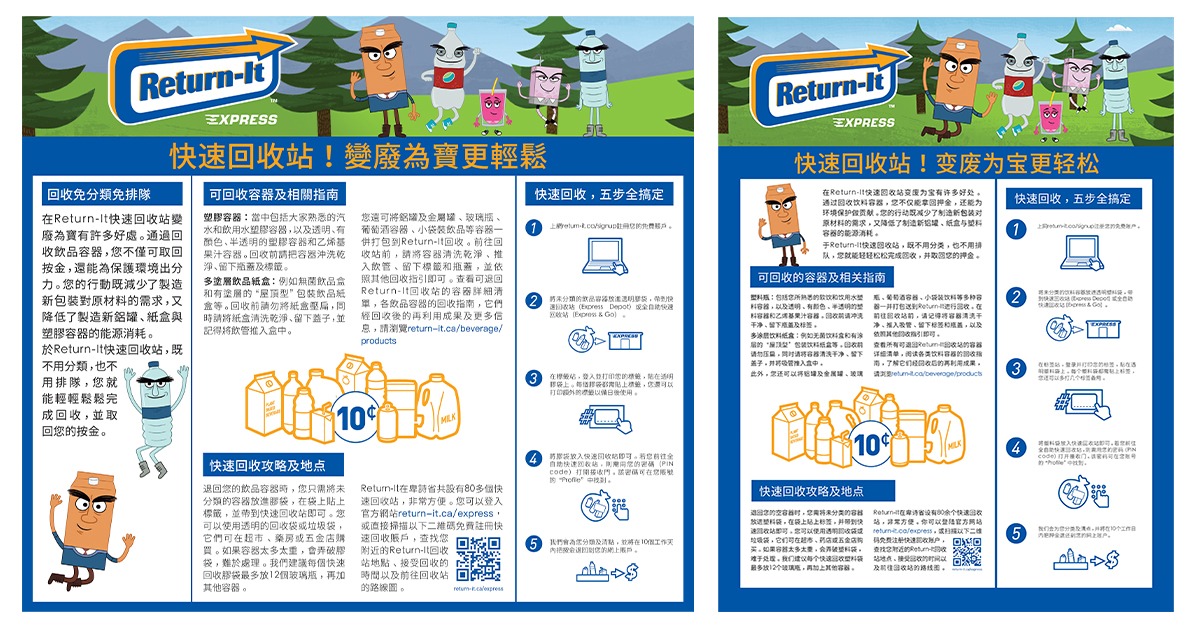 Recycling messages are everywhere. But why aren’t recycling agencies targeting ethnic consumers? That’s what we wondered when we reached out to Return-It, who responded with enthusiasm. After a quick survey, using Hamazaki Wong’s panel of 500+ Chinese consumers, we got to work focusing on the merits of recycling plastic bottles and milk cartons, prioritizing those over other containers. We also took efforts to point out the convenience of Return-It’s turnkey recycling centres and their convenient locations all within ethnically-high neighbourhoods.

Using existing assets, creative materials in traditional, digital, and social, were transcreated in Mandarin and Cantonese to better resonate with the target audiences. The message: it’s worthwhile to bring empty containers to Return-It — it’s fast, it’s easy, and it pays! At the same time, we also weaved into the campaign, handy tips for different recycling programs, casting a wider net for Chinese customers who are interested in recycling but have yet taken actions.

Results? Simply impressive! Based on our initial study, only 45% of Chinese people in Metro Vancouver were recycling at Return-It, but after the campaign, that number surged to 66% in less than 4 weeks! Also, our creatives have been flooded with ‘likes’ and social interactions, with engagement punching way above average more doubling our expectations. Said Kelvin Yeung, Hamazaki Wong account director, “This campaign yielded impressive results and reinforced our belief that ethnic consumers, with higher-than-average home ownership, are interested in recycling but are seeking more information on how to be better environmental stewards.” Interested in learning more? Contact us! 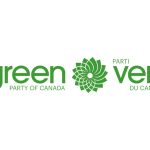