What Distinguishes Vancouver From Other North American Markets

In many ways, Vancouver exudes an ineffable nature. She’s beautiful yet aloof, highly livable yet unaffordable, Canadian yet Asian, and affluent despite the dearth of head offices. Yes, Vancouver is a study in contrasts and this is exactly what makes her an evasive market for marketers. It’s true — many marketers don’t understand Vancouver. This is only exacerbated by distance as many national marketers and budgets are domiciled in the east.

So, what makes Vancouver so different? Forget weather, housing prices, lifestyle, green initiatives and other external factors and complaints. Yes, they are all variables but when it comes to consumer spending, there’s one big variable driving the market almost to the exclusion of anything else: China and the Chinese.

Admittedly, this is not a new phenomenon. The Chinese consumer in Vancouver has been a differentiating factor since before 1997 when Hong Kong was repatriated with Mainland China. At that time, tens of thousands of Hong Kongers fled the region with Vancouver and Toronto being beneficiaries of this migration. After that, the Taiwanese made their way over due to political overtures from China. And in the last decade, the Chinese from China have introduced themselves with aplomb. Seen in another way: for two decades Metro Vancouver has been buoyed by the influx of customers and capital that have redefined the local market.

Today, that market phenomenon continues unabated with China’s burgeoning middle class continuing to discover the wonders of Vancouver, including the best Chinese food in North America. Significantly, it’s important to note that this migration of population and capital is not stopping, fostering a pipeline of consumers the West has rarely seen. The last 20 years has reshaped Vancouver in a way that’s distinctive and unique, unlike any market on the continent. Here are just a few interesting tidbits:

Based on the work my agency does for our clients, we believe that as much as 80 per cent of premium products sold in Vancouver are bought by Chinese and that practically all of the commercial areas of #3 Road in Richmond is owned by Chinese. The list goes on of similar statistics that would make heads spin but suffice to say, Vancouver’s demographic dynamics are a study unto themselves that cannot be characterized by any PMB study. (The business and corporate landscape is equally impressive but I’ll save that for a future post.) Plus, the market changes so quickly that most studies are rendered out-of-date upon publication. For smart marketers, this flow of customers presents a golden opportunity.

Unfortunately, many marketers don’t understand the frontier called Vancouver. Instead, they bring the same lens to Vancouver as they do to other markets but the lens doesn’t fit. Further confusing the puzzle, there’s no correlation between market size and spending patterns, with Vancouver consumers punching higher than their weight in many consumer-spending categories. And dare we say, many multicultural agencies carry outdated ideas of who the Chinese customer is and how to reach them, clinging to the methods they knew when they were themselves immigrants to Canada. The new Chinese customer is transforming Vancouver — and the world — and marketers need to change their paradigm, or be comfortable with having a smaller share of market. It’s that simple.

So, what are some hallmarks of this new customer?

These people have a choice and this commoditization of cities and living spaces is endemic to this new consumer who can live anywhere in the world but has chosen Vancouver. Indeed, this growing international reputation, especially in China, will continue to be a beacon for new consumers and capital. We can complain about it or we can recognize how it’s reshaping the consumer markets and benefit from it. 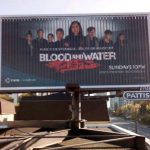 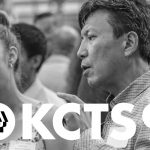