Need a Hitman? There’s an App for that.

The hitman app, 滴滴打人 (Didi Da Ren), which translates to Honk Honk Hail Someone, is a parody of a car pooling service in China (滴滴打车). According to Mr. Yuan (head of Joke‘s business department), the app was developed as a spin-off of hailing down a person, as one would hail down a cab/car, claiming users are taking “打人” (hit people) too literally. I can see how the name does imply that, but why would you want to hail someone down when there are dating apps?

Growing up, I’ve had a fair share of Chinese cultural knowledge, tall tales, and dramas that portray the thug life in Asia. So having heard about 滴滴打人 was no surprise to me. The app is clearly a satire. Despite that, it was a hit with over 200,000 downloads over three months. Various users have already implemented requests to deliver beatings for a price. Despite being taken down from the app store, Joke has future plans to release a modified version in the near future. 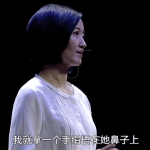 “Under the Dome” Documentary on China’s PollutionBlog 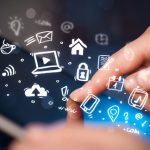 Towards a New Marketing FrameworkBlog