“Under the Dome” Documentary on China’s Pollution

To date, China is the world’s most populated country with over 1.35 billion people, and the second-largest economy in terms of nominal GDP in the world. Over the past 30 years, the Chinese economic reform has totally changed China in many ways. However, the country’s pollution issue has been growing, and has now become the key social issue in China today.

Chai Jing, a well-known Chinese journalist, host, author and independent news investigator, was invested in the social issue. In 2013, while Chai was pregnant, she started to investigate and research into China’s environmental problems. This initiation costed nearly $167,000 USD, and resulted in a documentary production called “Under the Dome.”

In February of 2015, the documentary was published on the Internet. It caused great social repercussions, as the significant rise of China’s economy is at the expense of sacrificing the environment. “Under the Dome” transformed China to positively face and solve the environmental pollution issues at hand, and to help enhance the awareness of environmental protection.

Check out the video of Chai Jing explaining her documentary here: 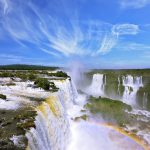 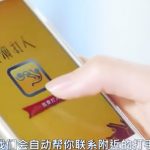 Need a Hitman? There’s an App for that.Blog