The News: A Product in Search of a Purpose

I stopped watching television news a long time ago. And in the off chance that my wife is flipping the channels and comes across a news program, I’m always reminded why the news nauseates me: it doesn’t change and is no longer representative of today’s society. To wit: Why do all the major broadcasters always have the same lead stories? Do they just copy each other? Are their sources the same? And whoever decided that News, Sports and Weather should be the major pillars of every newscast? Are there no other aspects of society that should concern the news? What about important areas such as Science or the Arts or Parenting or Sustainability?

Why are stories that I hear on the 7:00am radio news the same stories I see or hear at 7:00pm when I’m heading home? Did nothing else of relevancy and newsworthiness happen that day?

In today’s media environment, I believe the traditional newscast does society a wholesale injustice. Not only has its news-sports-weather structure trained its viewers to believe those are the three most relevant tenets in life, it has ignored the reality of society and the values we should be emphasizing.

This phenomenon is not dissimilar in newspapers where we see News/Sports/Entertainment/Living as the basic structures. And this staid approach may explain their growing irrelevance. I once suggested to a major newspaper publisher that he should eliminate their weekly newspaper in favour of online news during the week and punctuate every weekend with a blockbuster in-depth newspaper product like the weekend edition of the New York Times or LA Times when readers have time to luxuriate over the glorious and tactile sensation of newsprint over breakfast and coffee while sitting in their bathrobes. Doesn’t that sound nice?

We live in a curated world where news can come from many sources and in many forms. Unless news conforms to how citizens today consume media, they will continue to search for their place in the universe. When will we know that news has become relevant? When I enjoy watching it again and it provides critical commentary on society and the world. Jerry Seinfeld once said, “It’s amazing that the amount of news that happens in the world every day always just exactly fits the newspaper.” Prophetic words for uncertain times — and he said it a long time ago. 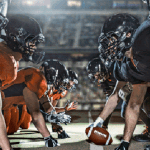 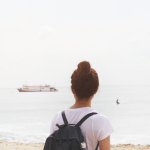