Awareness Campaign for the Chinese Market 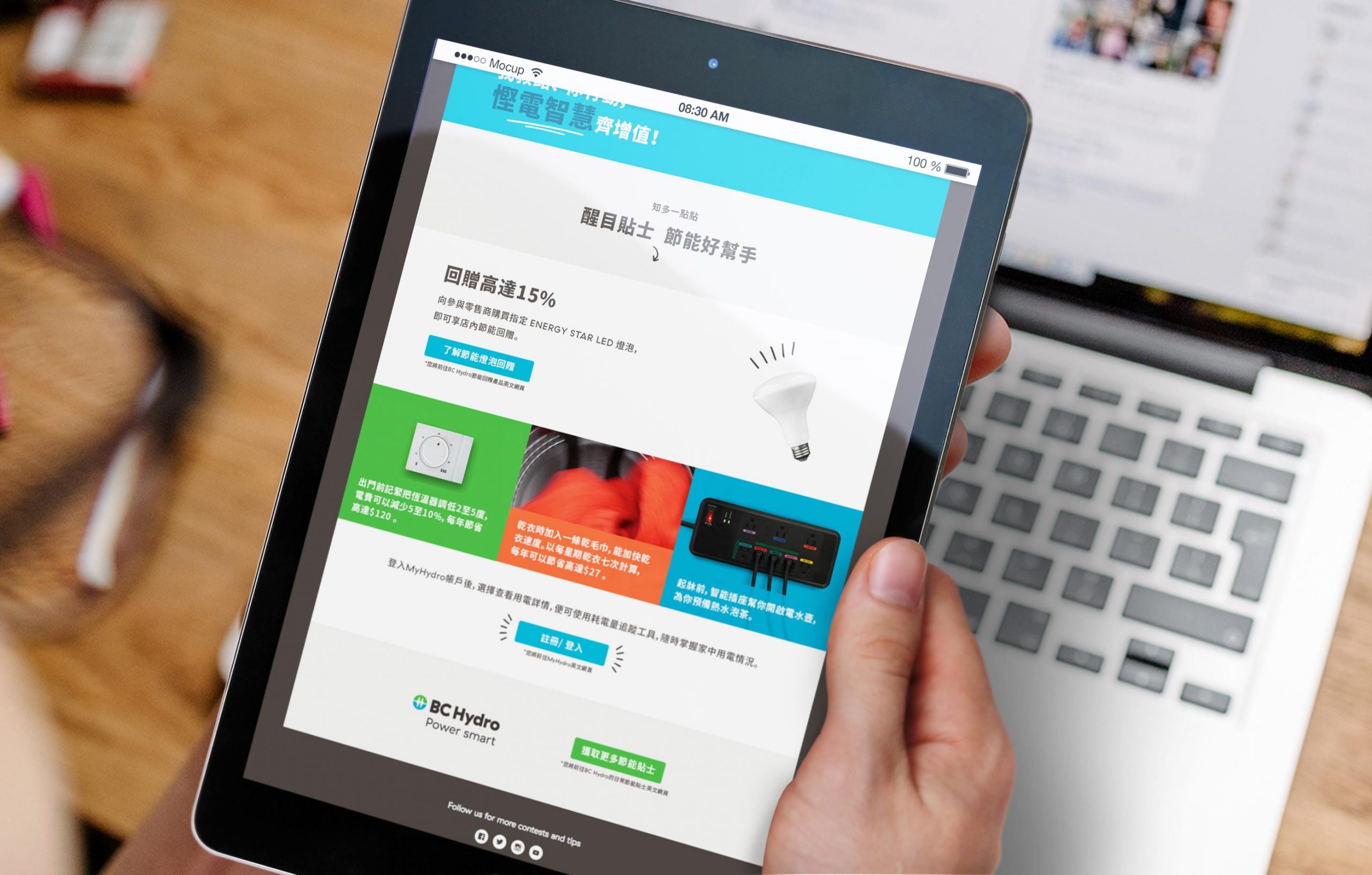 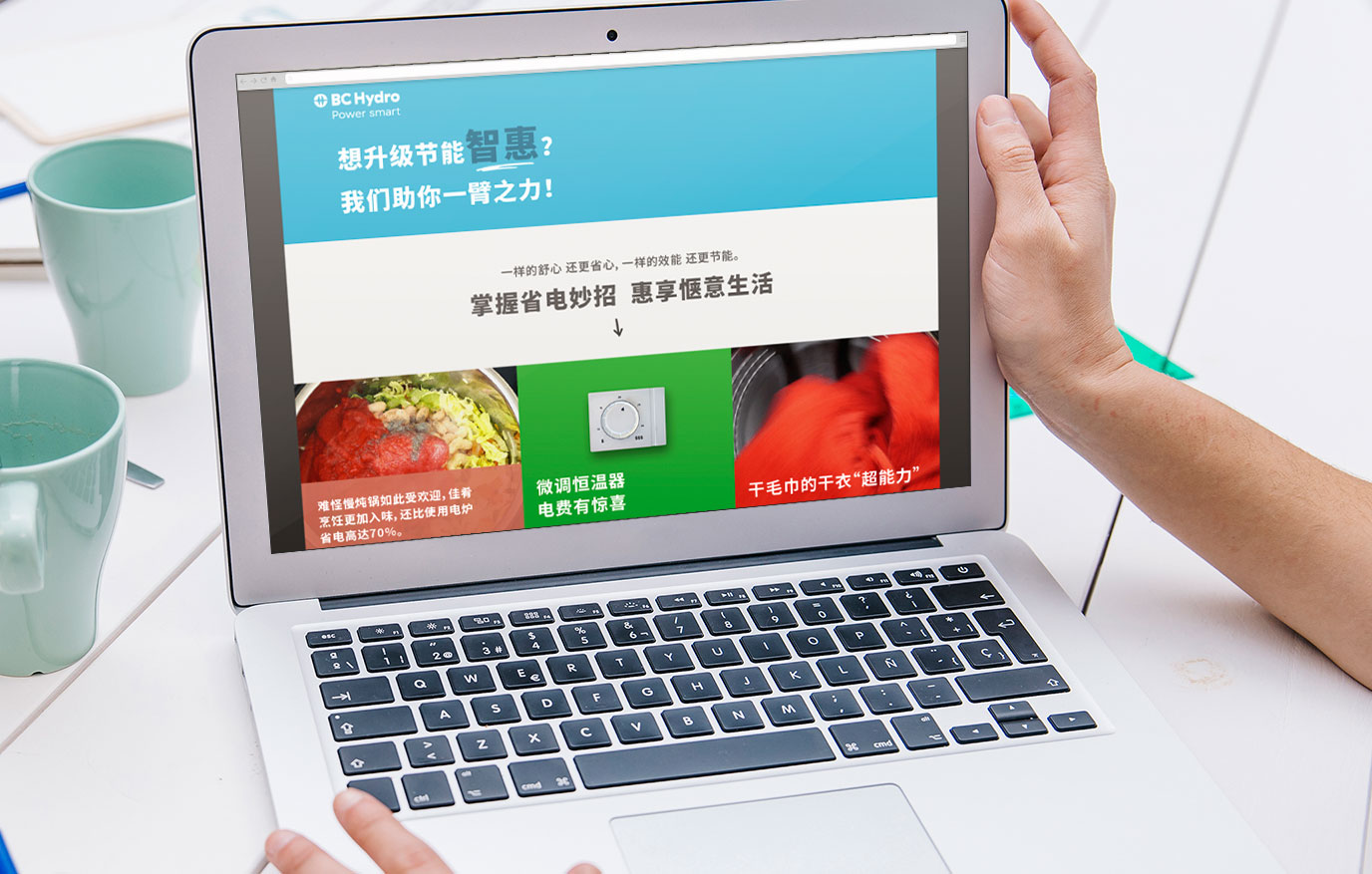 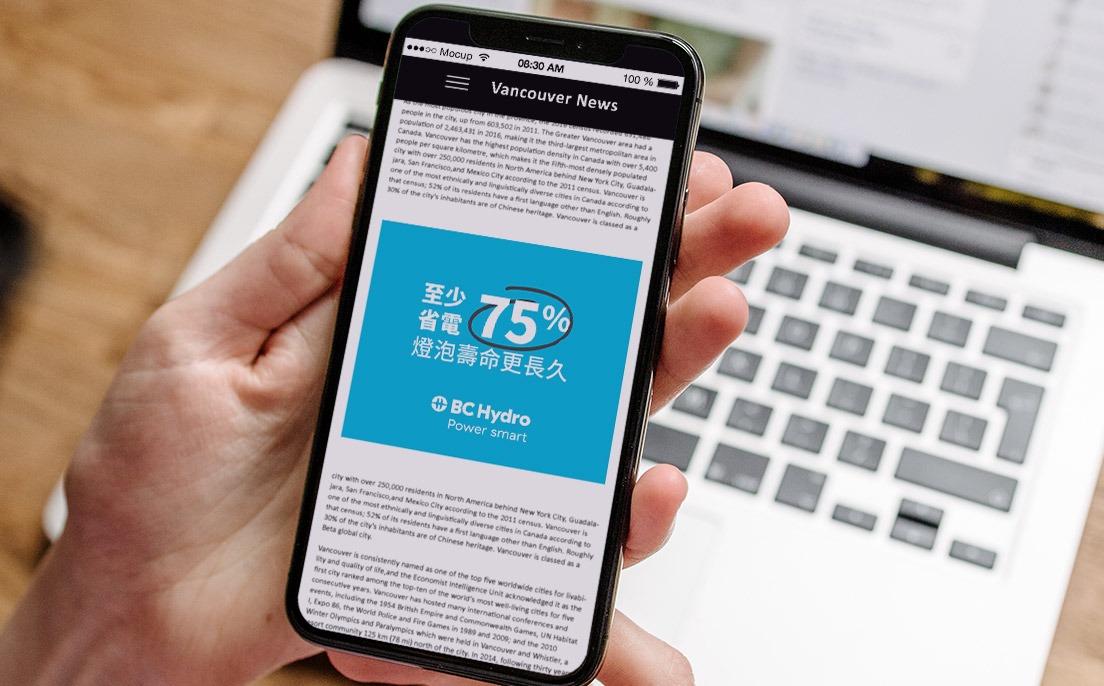 The weather was turning nippy but BC Hydro didn't want its public-awareness campaigns to lose steam. Taking steps to save energy may be a familiar concept to English-speaking Vancouver, but BC Hydro needed to build awareness of the idea in the Chinese market. The key to this campaign was acknowledging the different cultures of the many Chinese communities and creating distinct messaging for each.

Cantonese consumers are generally aware of the need to save energy. With that community, direct messages about energy and cost saving scored home runs. With the Mandarin-speaking community that typically has had little exposure to the concept, Hamazaki Wong found another approach. We created messaging that focused not on dollar amounts but on everyday desirable items. We equated energy savings to the value of culturally appealing items; for example, consumers could buy a fragrant crab with the savings from using their ovens less. With radio spots, digital ads and social-media engagement on WeChat, Hamazaki Wong drove traffic to the BC Hydro website and increased the acquisition of My Hydro account users. 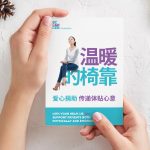 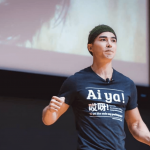