Welcoming The Year of the Rooster with Flying Colours 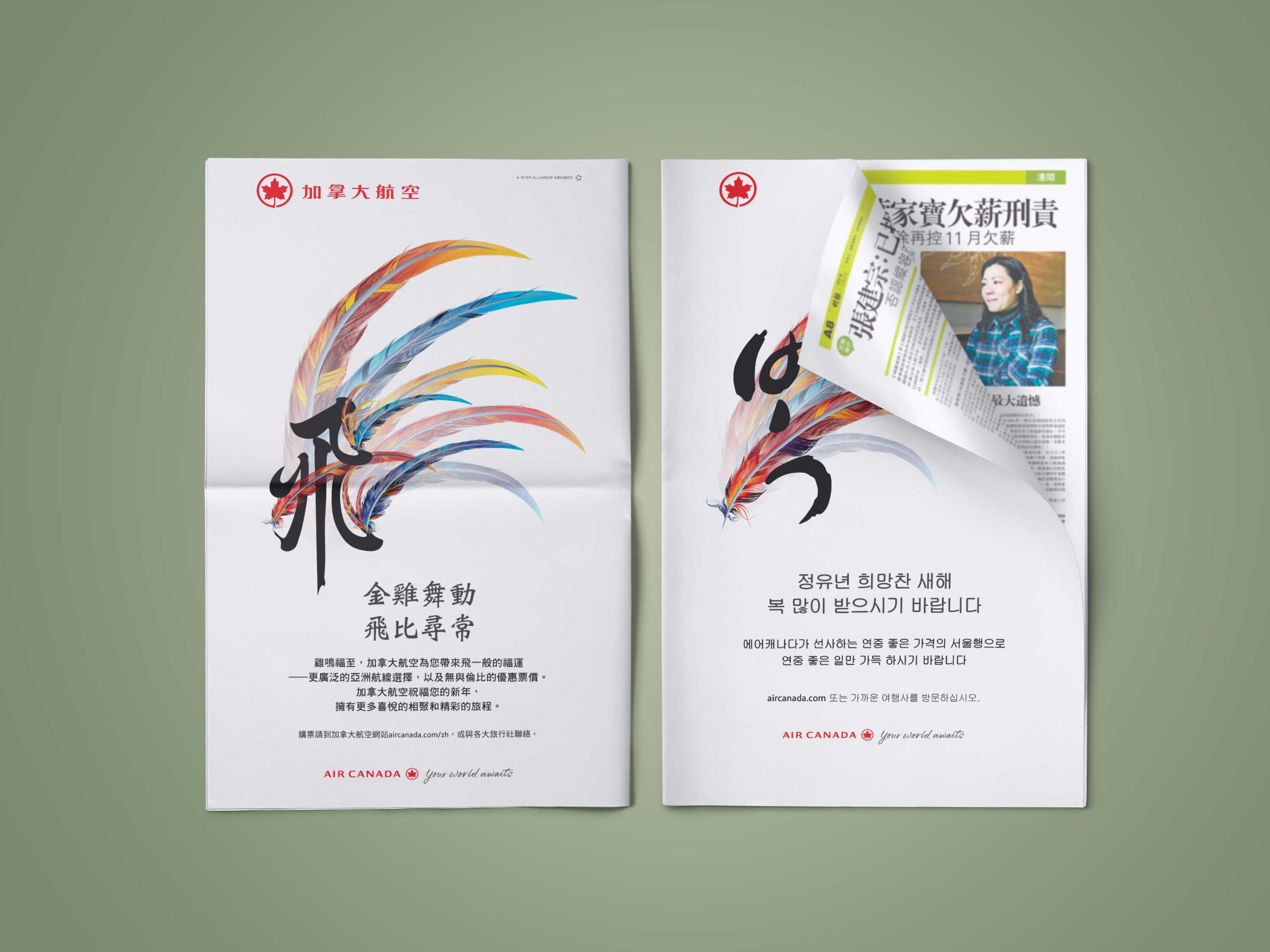 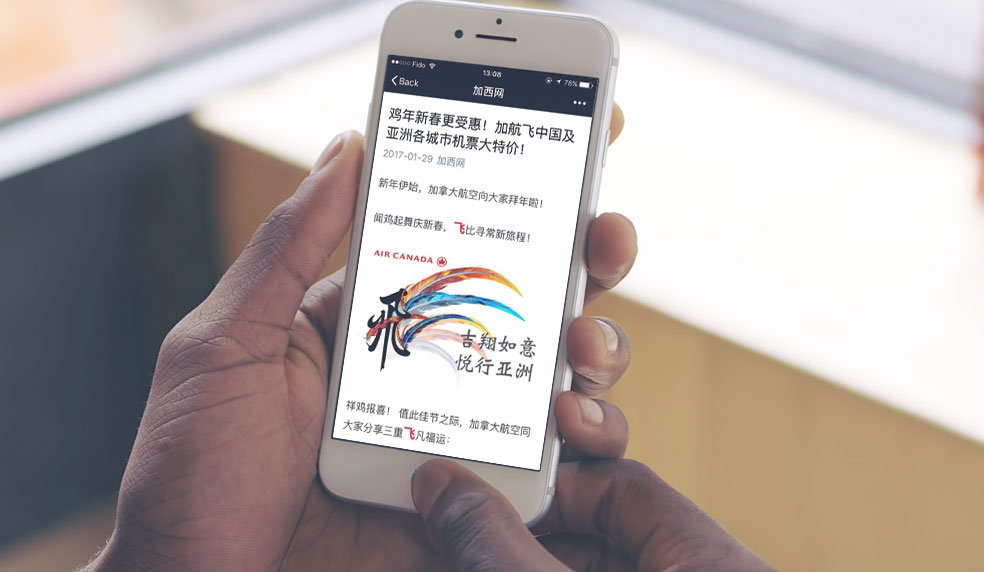 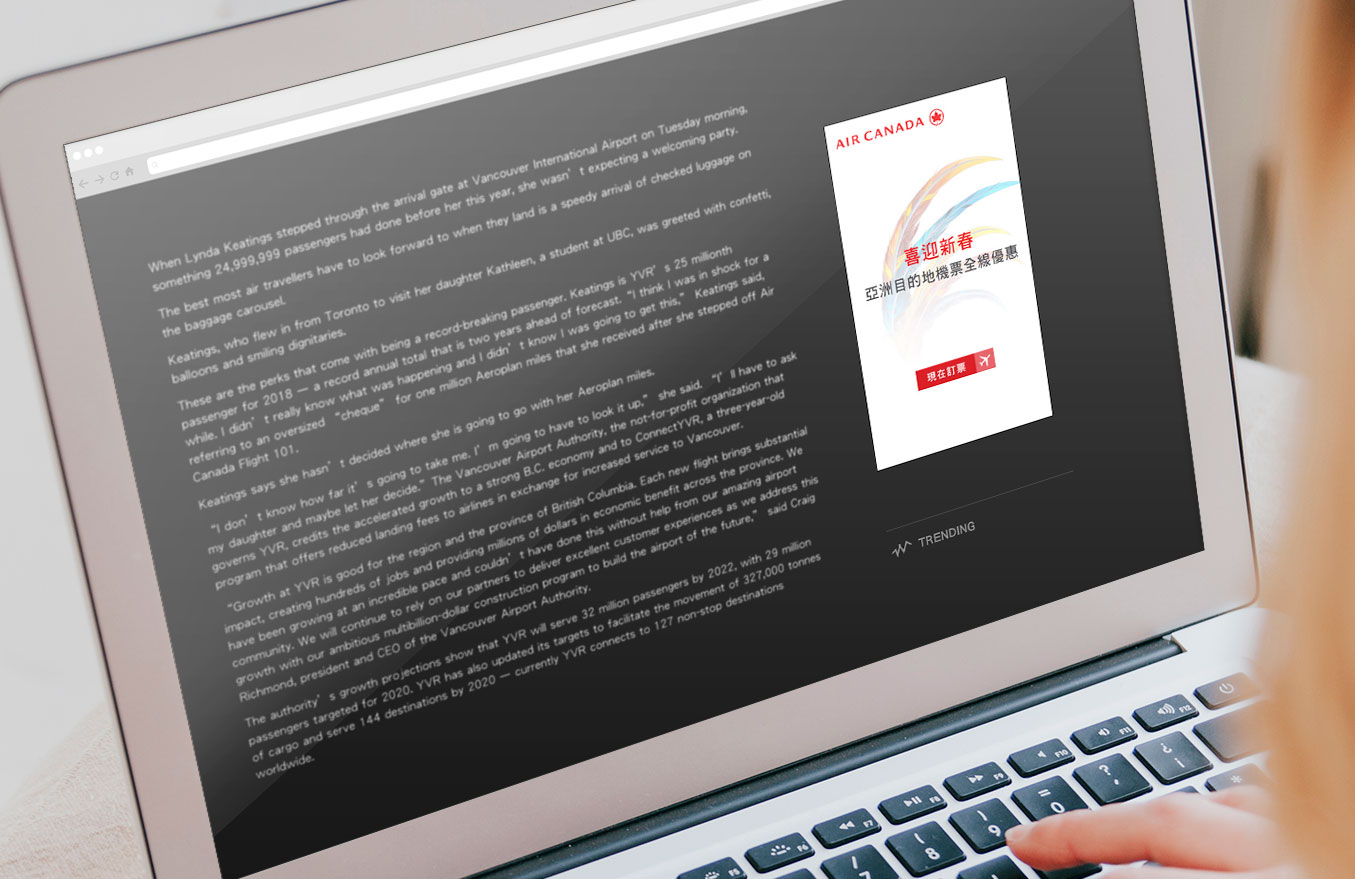 ‘Fly Air Canada with colour and imagination in the Year of the Rooster’ is the message we wanted to impart during the Lunar New Year. And, dare we say, we succeeded. While other brands showed typical roosters in their advertising, we decided to fly instead. Inspired by the kanji character, ‘fly’, we used feathers to complete character strokes to create a visual flourish that is as beautiful as it is motivating. Wistful, poetic and powerful, this campaign was created in Chinese and Korean, one of the few times when a singular creative approach worked successfully for two cultures. The visually striking campaign distinguished Air Canada from other airlines in a bold, unique and distinctive way.