Blood and Water is a television drama broadcast nationally on OMNI Television. As Canada’s first dramatic series featuring performance languages in English, Cantonese and Mandarin, Blood and Water’s innovative approach to television is truly reflective of Canada’s changing demography, and the perfect fit to Hamazaki Wong’s approach to bicultural marketing-communications. Through a multimedia campaign in English and Chinese (Cantonese and Mandarin), Hamazaki Wong seamlessly weaved the messaging and excitement of Blood and Water and reached audiences in their preferred language, regardless of media source. The social media aspect of Blood and Water was unique where Facebook, with its language agnostic platform, became the hub where all Chinese and English-language communications resided. We believe this is the first time in Canada (and possibly North America) that Facebook has been used in such a capacity. Most importantly, the results speak for themselves — Blood and Water has been renewed now for two consecutive seasons with Season 3 currently on air. 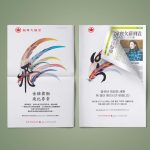 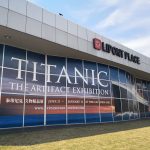