ROI. WeChat. Demographics. The Hamazaki Wong Summit 2019: The Chinese Marketing Edition was a deep dive into the latest innovations, happenings, and essentials of what marketers need to know about the fastest-growing consumer segment in Canada. Brands in attendance at the June 14th event at the Fairmont Royal York in Toronto included leading North American brands such as Air Canada, Audi, Michael Kors, Chanel, Spotify, and Sleep Country. To help you sort through all the information presented at the Summit, we put together a list of the most important insights from the day.

1) The Chinese market is a trend, not a fad.

It may seem like Chinese consumers arrived overnight and changed Canada’s economy, but their arrival has been over 20 years in the making. Quick history recap: Around 1992 and beyond, Canada saw an influx of Taiwanese immigrants, followed by a large increase in 1997 of Hong Kong immigrants following the handover of Hong Kong to China. Those immigrants made the region more welcoming to future waves of immigrants, including the Mainland Chinese. Chinese immigrants have had a tremendous impact on how brands communicate with Canadians. Chinese immigrants will keep coming, and this has implications for marketers now and into the future.

2) Canada needs immigration to sustain its growth and economy, so bank on visible minorities growing as a proportion of the Canadian consumer base.

This is some of the most compelling demographic research we’ve ever seen (thank you, Ipsos!).

If you’re wondering whether the number of people who identify as visible minorities in Canada will continue to grow, the answer is a definitive yes. Vigorous head nod. The reason lies in Canada’s fertility rate. In Canada, we now have a fertility rate of 1.6 for every two people, meaning relying on fertility rates alone, Canada’s population will decline. That’s a problem because of the ratio of seniors to younger people in the workforce. In 2016, for the first time in Canadian history, there were more seniors than children. 50 years ago, there were almost seven people of working age for every senior in Canada. In 2036, the ratio is projected to drop to two to one. Immigration allows Canada to ensure the ratio of seniors to working-age Canadians stays at a sustainable level. Marketers should plan for the multicultural segment continuing to grow in importance.

3) The power of WeChat cannot be underestimated.

The question isn’t whether you should be on WeChat, but how quickly you can establish a presence on the social media ecosystem. WeChat isn’t just a social-media platform—it’s a lifestyle. Talk to any WeChat user and they’ll tell you it feels like they can spend their lives on WeChat. Facebook may be addictive, but the functionality offered by WeChat is far greater. You can order takeout, dog-walking services, and a new pair of heels (and customize it), and pay for it all without leaving WeChat. People read the news, send business contracts, and send money to their kids all on the social-media behemoth.

The ubiquity of WeChat in its users’ lives can be seen in just how much time people spend on WeChat. Half of all WeChat users spend 90 minutes each day in the ecosystem, compared to 35 minutes per day for Facebook. The question for brands is not whether they should be on WeChat, but how soon they can get a permanent presence on the platform.

4) Users can pay for your products without leaving the WeChat ecosystem.

Say you’re Louis Vuitton. Imagine if someone scrolls through their Facebook feed could see an ad for the NéoNoé bag, click the ‘buy’ button, and have the transaction confirmed, all without leaving Facebook. Done. Just like that, with no separate landing page and no redirection to an external payment-processing page. That’s not possible on any English-language social media platform, but it’s commonly done on WeChat. Yes, retailers: this is big. This WeChat functionality marries raising awareness and increasing conversions in a way that is not yet a reality anywhere else.

5) The makeup of the Chinese community is shifting.

Think you know the Chinese community—or more accurately, communities? Great. Have you factored in the Hong Kong re-returnees?

Waves of Chinese immigrants have shaped Canada’s economy, from the Taiwanese to Hong Kong to Mainland Chinese immigrants, each with their own sets of linguistic preferences and cultural sensibilities. But just as some marketers have developed communication plans that take the many cultural differences into account, the Chinese-Canadian landscape has shifted yet again. We’re seeing now an influx of re-returnees and new immigrants from Hong Kong, and these newcomers will have significant impact on the Canadian real estate, automotive, and retail industries. Brands, take note!

Missed the Summit this year? Keep an eye out for the 2020 edition, taking place in Vancouver.

A big thank you to our insightful speakers and panelists!: 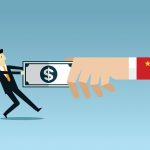 Featured in Adweek: How to Prepare Your Brand to Accommodate a Growing Chinese Consumer BaseNews 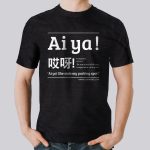 Bicultural T-Shirts (the only ones in town!)News