What is Bicultural Marketing (and Why Does it Matter)?

There’s a new buyer in town. Chances are, you’re not reaching her—and her incredible spending power—effectively.

Meet Qing. Qing is worldly, smart, and educated. Having emigrated from China 10 years ago, she’s conversant in English, and moves easily between Mandarin and the local lingua franca. Well-travelled, she is familiar with global brands (and likes them). She values beauty, has an active social life, and sits on a committee at the city’s major art gallery. Her network of family and friends extends across international time zones, a measure of her cultural diaspora. She speaks English at work but consumes entertainment and media in Mandarin. Similarly, her in-language social media use is essential to communicate with friends, search for information, and transact e-commerce purchases. While grounded in Chinese culture, she considers herself a citizen of the modern world.

Qing is part of North America’s new cultural middle class: a significant segment of affluent consumers redefining markets with their bicultural sensibilities. Straddling life between two divides, consumers in this segment are clever, connected, and affluent—but often misunderstood by marketers. And this cultural middle glass is only growing larger with continued immigration and increasing international travel.

In today’s culturally varied marketplace, how do we reframe our thinking to acknowledge this new consumer reality? Let’s take a closer look at bicultural marketing and what it can do for your brand.

Why unilingual marketing misses the mark

How do you reach this large and growing group of wealthy consumers in a way that’s effective? Too often, marketers default to what they know. They order up in-language Chinese marketing campaigns because, well, the target audience is Chinese and the prevailing wisdom calls for this response. However, traditional in-language campaigns often fall short.

That’s because unilingual approaches miss out on the power of cultural nuances. Too often, brand communications in English media are inconsistent with those found in Chinese media or are simply uninspiring translations. While consumers like Qing naturally default to Chinese and choose Chinese-language media first, they are comfortable enough in English to function seamlessly in their new country. Marketing that ignores this fact leads to mixed messaging for the customer, and underwhelming results for the brand.

Today’s marketing campaigns can no longer afford to be binary. Viewing the English-speaking and Chinese-speaking markets as separate entities doesn’t do justice to people like Qing who are conversant in both languages and demand deeper communications nuances. Instead, our demographic reality demands that campaigns be as culturally blended as the audiences they are trying to reach.

Rather than simply translating campaigns from one language to the other, marketers need to ask themselves: How can my English-language campaign be adjusted, if at all, so that it complements the Chinese campaign? How can I extend my messaging, rather than replicate it?

Here’s an example of what this looks like in practice. The English-language creative emphasizes the convenience of a product, because that’s what the general population responds to. Meanwhile, the Chinese-language creative highlights the low cost of the product, because that market is more price sensitive. In this scenario, each customer segment is exposed to culturally-relevant messaging, but consumers like Qing—who are fluent in both languages—are exposed to both messages. As a result, bicultural consumers learn that the product in question offers both convenience and a low price—a more powerful message than what either campaign could communicate on its own.

The future of marketing is bicultural

Cultures no longer exist in silos but, rather, within the context of the whole market. Bicultural marketing acknowledges that consumers are rooted in their native cultures but influenced every day, every minute, by North American culture through the media they consume and the environments in which they live. It capitalizes on consumers’ culturally mixed realities rather than ignoring them. 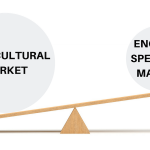 Does Your Multicultural Marketing Budget Match Your Revenue Base?News 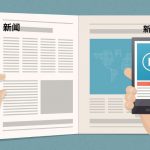 “Control your message, or the media will control it for you”: Q&A with Tony Chan, head of HMWG media relations divisionNews, 博客, 新闻