Ethnic Chinese consumers in Canada are more wealthy than the general population and more likely to buy prestige luxury products, according to a giant survey that urges companies to respond.

The marketplaces of Greater Vancouver and Toronto are rapidly changing to adapt to what the survey calls “the mindset and behaviours” of the 1.8 million ethnic Chinese in Canada, who tend to prefer big-name brands that give them social status, advertising in their ethnic language and shopping online.

They live almost entirely in the metropolises of Vancouver and Toronto. More than eight of 10 ethnic Chinese consumers in Canada were not born here — and often have shopping preferences distinct from the 17 per cent who were, according to the large survey by Vivintel, a marketing research organization serving media outlets and advertisers.

Instead of relying on anecdotes and clichés about the preferences of ethnic Chinese shoppers, the Vivintel survey of Chinese adults in Metro Vancouver and Toronto provides detailed data on why and how ethnic Chinese spend about $61 billion a year. Along the way it asks about their views in such areas such things as risk-taking, sports, family and religion.

Metro Vancouver has arguably changed more than any North American city because of migrants from countries such as China (who make up half the country’s ethnic Chinese population), Hong Kong, Taiwan and Singapore.

“Chinese consumers represent an increasingly significant proportion of the luxury, high-end market” in Canada, says the Vivintel report, which is normally sold to companies. It refers to the “vast community of first-generation immigrants” that stores can target.

“Along with their aspirational view toward status, Chinese adults have a higher proportion (44 per cent) of those earning a household income of over $100,000, in comparison to Canada’s general adult population (at 32 per cent),” says the report.

“China’s wealth boom has created a new generation of rich professionals and adult children of Chinese millionaires and billionaires” who see the West as the place to gain an education as well as escape pollution and their “precarious” homeland, says the report.

“Those that have built wealth see cities like Toronto and Vancouver as havens to invest, grow and spend.”

A high proportion of ethnic Chinese seek respect and status through their consumer choices, says the Vivintel survey, which polled 2,500 ethnic Chinese adults in Metro Vancouver and Toronto, asking hundreds of probing questions.

With Metro Vancouver having recently been dubbed the “supercar capital of the world,” it’s illustrative that, given a choice, two of five Chinese adults in Canada “would always choose a luxury automobile” compared to just one in five of the general population.

It turns out that Chinese international students and those on temporary work permits are the most likely of all ethnic Chinese adults to want to buy BMWs, Audis and Porsches.

In addition, 55 per cent of ethnic Chinese who have been in Canada less than five years agree that “being successful means being rich.” However, support for such a concept of the good life drops to just 22 per cent among the fewer than one in five ethnic Chinese who are born and raised in Canada.

The large influx of ethnic Chinese residents is affecting which Metro Vancouver businesses will struggle and which will flourish.

Since many neighbourhoods in Metro Vancouver have 40 to 70 per cent ethnic Chinese residents — particularly in Richmond and the west side of Vancouver — there are implications for which stores and restaurants will do well.

While only 31 per cent of ethnic Chinese born in Canada say they “most often eat traditional Chinese food,” the proportion doubles to 62 per cent among those who have been here five to 10 years.

They have, in addition, been far more disposed to buy big-name brands, another trend which could affect local independent stores aiming at boutique markets.

The Vivintel report found more than half of ethnic Chinese consumers who have been in the country less than a decade firmly prefer advertising in their first language, saying it makes them “feel closer” to the companies.

This might help explain why hundreds of retailers in Richmond, whose population is 60 per cent ethnic Chinese, have resisted decreasing the scope and scale of their Chinese-language signs.

Regardless, we can be grateful to marketing research companies for such detailed consumer surveys. They go far deeper into certain segments of the population than most political polling firms, in large part because their goal is to help companies sell products.

“We often fall into a hole when talking about the Chinese Canadian consumer,” says Sonny Wong, president of Hamazaki Wong Marketing Group. “We tend to lump the Chinese government and Chinese consumers into the same pile, preventing us from making the rational marketing decisions we make for other consumer segments.”

Vivintel has helped move us beyond stereotypes and lifted some of the mystery about ethnic Chinese lifestyle habits and values in Canada. 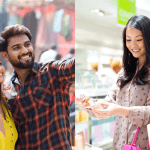 The Year Ahead: 16 Opportunities to Communicate With Your Multicultural Audience in 2021News 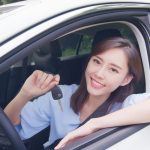 New report on the automotive preferences of Chinese consumers residing in Canada reveals a strong preference for luxury vehicles.News