New report on the automotive preferences of Chinese consumers residing in Canada reveals a strong preference for luxury vehicles.

The Chinese Consumer Automotive Report takes an in-depth look at the automotive preferences of Chinese consumers in Canada.

A new report released by HamazakiWong and Vivintel reveals that there are approximately 1.2 million adults (aged 18+) of Chinese origin living in Toronto and Vancouver; and of those that have resided in Canada for less than 5 years, 52% of have a strong preference for luxury vehicles.

“In the native countries of Chinese Canadians, luxury vehicles are often priced relatively higher due to heavy import taxes. Motivated by status and success, Chinese consumers often pursue these Luxury brands once they settle in Canada,” says Sonny Wong, President & Creative Director of Hamazaki Marketing Group. “It’s not surprising that among newcomers, even Chinese International students and foreign workers, luxury auto brands are in high demand.”

Findings from the study include:

‘The Chinese Consumer Automotive Report’ by Hamazaki Wong is based on results from Vivintel’s ‘Insights into the Chinese Consumer Study’; a survey of 2,502 participants in Toronto and Vancouver that identified as having Chinese origins. This study delves into the Chinese community’s demographic profiles, media habits, shopping behaviour, opinions and more, helping to shed light on how this vibrant community is quickly becoming an ever more vital thread in the fabric of Canada.

The sample for the study consisted not just of those born in Canada or holding a Canadian citizenship, but also surveyed Chinese international students, those on an international co-op or internship, permanent residents, and those residing in Canada on a temporary work permit. The survey excludes Chinese visitors to Canada. 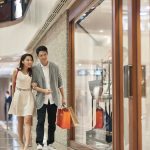