If there was a word that was used over and over the last two years, it’s the word unprecedented. Perhaps you’ve used it, or heard it on the news, or witnessed its utterance by a politician, or simply thought it. But there’s no question it’s been a recurring theme used to describe well, unprecedented never-seen-before events. First, let’s make sure we’re on the same page about the word. From dictionary.com:

without previous instance; never before known or experienced; unexampled or unparalleled: an unprecedented event.

Did you catch the subtlety here? Not only does the meaning describe something that’s not happened before, but it could be something that’s happened before but without the same degree of magnitude. So a level 10 earthquake, which has never been recorded in human history, would be an unprecedented event based on other earthquakes already in our geological knowledge base. Hopefully, this corroborates what you ascribe as meaning to that word. So let me recount just some of the instances — a pittance really — when the word unprecedented came to the fore in 2021:

Recently, we’ve heard about the impending collapse of the Greenland ice sheet and Thwaites ’doomsday’ Glacier that could see a 65 centimetre (2 feet) rise in sea level affecting coastlines around the World. When it happens, that will be indeed unprecedented. And there’s much, much more that can’t be covered by this article, but you get the idea. There are lots of unprecedented things happening across seemingly unconnected areas — I’m sure you have experienced some of your own. The above are a vastly abridged list but despite their brevity, each represents a massive and consequential event that has transformed how we think about environmental, social, legal, political, or humanitarian activities. And this minuscule list is but a fraction of the whole. Undoubtedly, we will see more unprecedented activities in 2022 and beyond.

Many have thought the world was going crazy the last two years and they weren’t wrong. We’ve been hit with a cavalcade of unprecedented events from all fronts that even getting up in morning can be a dizzying experience. There’s nothing that elegantly connects these events (well, nothing that can be gotten into without a very deep dive but that’s outside the purview of this article) except for that one word: unprecedented. But if I was to point to one thing amidst all this calamity, I would point to global warming. And much of it would be true. Certainly the environmental devastation could figure in this argument but what about the social-political-economic? I think so too, since global warming creates a cascading effect on everything else. Since the natural world drives our economy, fewer environmental resources mean fewer jobs and fewer jobs mean less money, and more destabilization. This is a big topic so I’ll go straight for the jugular: the commonality in all this is humans. Since it’s accepted that global warming is the result of human activity, then we are the common denominator. Short of a deus ex machina coming to save the day, it’s up to us humans to respond. What I do know is there is one unifying word: unprecedented.

But this is not all bad because as ominous as unprecedented sounds, the solution is also contained therein, and it needs to direct how we think and what we do, with unprecedented resolve: The response to these unprecedented events and issues needs to also be unprecedented in their nature. If unprecedented is the unifying factor, then it must be the thread and defining imperative in our response. How could that look like? Let me take a stab.

In the case of the January 6 Insurrection Commission, why not issue subpoenas to sitting members of Congress? What, it’s never been done before? But neither has an insurrection like the one we all witnessed. Get rid of the filibuster? Why not, since the obstruction and degradation of democracy has never been done before to this severity. Reintroduce the Fairness Doctrine? Why not because who should be afraid of the truth. Eliminate fossil fuel subsidies and grant them instead to sustainable energy companies? Why not, we must reduce carbon emissions fast and change the narrative on corporations we celebrate. Endow the legal rights and privileges of personhood on Nature? Why not, She needs it more than we know and it will protect biodiversity and in turn, humanity. Stop all trophy hunting of endangered wild game? Why not, with their low numbers across the board, animal life is precious and not a single one needs to die in the name of sport. Add the price of carbon to all products and services, making them more expensive (and perhaps more coveted and used for longer periods of time)? Why not, to help stem the tide of consumerism and represent the true cost of goods by factoring in the costs of the natural world.

Why are we afraid of this kind of thinking? Our processes have been put in place for a different era, an era when ‘normality’ prevailed and we had time on our side, or lack of knowledge on how to respond effectively. Now, with science, the speed of information (not misinformation), and the new social and environmental pressures we are facing, our processes and response mechanisms haven’t been updated to keep up. We are using methods of the past which are non-productive and counter intuitive. It’s like fighting a three-alarm fire with a garden hose.

The other feature of an unprecedented response is urgency. We’ve seen how unprecedented events have scarred the natural world and civil society. Guess what, they are continuing unabated right now as you read this article. But righting them will take far more effort and urgency than we can ever imagine. You will know this if you’ve ever hosted a dinner party. The effort and planning in such an exercise is far more time and energy intensive — and extensive — than the three-hour event that is the final output. And cleaning up and putting things away takes a fraction of the time of preparation and set-up. On a larger scale, since many are enjoying Netflix during the pandemic, the time, effort, money, and organization to produce a movie is massive. But you just watched that sucker in two hours, and are onto the next. This same principle applies to practically every endeavour in life. Applied here to combat the forces of unprecedented events, the need for urgency is well, even more urgent since solving these issues will take everything that we can throw at them. Hence, the imperative that policies not be stunted by the usual gentle and bureaucratic processes that result in watered down, lukewarm solutions. Rather, the responses must be unprecedented by definition, bold and unexpected, to meet these unprecedented events head on, and with unprecedented urgency. We don’t have time for pussyfooting while these unprecedented events continue, as we’re deliberating and then heading out to enjoying gourmet meals with wine pairings. On this one, I agree with Greta Thünberg. We need action, not talk.

Finally, and this is the most difficult of all, an unprecedented response will be difficult. It will require work, tireless effort, and faith that the results justify the means. It’s not the path of least resistance, it’s the path of greatest resistance. It’s work that will not produce an immediate result and this lack of immediate gratification can be debilitating for some, especially the media who run on 24 hour news cycles, political pundits who are looking for the next sound bite, social media influencers looking for the next ‘like’, and corporations who live or die on quarterly reports. An unprecedented response can only be judged when we look back on it years from now when we can say we held back the doomsday glacier, or we made society more civil, or we allowed greater science to emerge that changed minds, or we put measures in place to ensure truth prevails, or we kept global temperature rise at bay. And until then it’s plodding iterative work where feedback loops are long and results judged in years. This is how we create systemic change, by ignoring the immediate and doing the work until a new, better way alights. Unprecedented right?

The good news is we’ve done unprecedented things before, rare as they may be. In 1985, scientists discovered that Earth’s ozone layer was thinning and at the rate of depletion would disappear in a few decades. Situated high in the stratosphere, this layer of ozone enveloping the globe serves as protection, filtering out up to 99% of UV from the sun, rays that would otherwise cause irreparable harm to all living things. Ever get sunburn? That’s from UV and their same effects is reason optometrists recommend you wear UV-protected sunglasses, so imagine what could happen without the ozone layer. Scientists determined that chlorofluorocarbons (CFCs) were to blame, the stuff that gave aerosol spray cans their spray, among other uses. I’m old enough to remember that aerosol cans sprayed cold, which I now know are CFCs. Given this threat to the world, and rather than sitting idle, something unprecedented happened to combat this unprecedented threat: the international community of scientists, governments, civilians, corporations came together to phase out CFCs. The resulting agreement, called the Montreal Protocol came into effect in 1989 paving the way to ozone restoration, but the path would still take decades. And from the time scientist discovered the thinning ozone layer, it still took four years for an agreement to emerge. Despite that, the unprecedented took precedence. Today, the luxury of time is what we don’t have for the many things that ail us as described above.

Albert Einstein said, “We can’t solve problems by using the same kind of thinking we used when we created them,” so let’s not. Now more than ever we must heed these words and invoke unprecedented thinking and action toward matters that trouble society, humanity, Nature, and this Earth. We are the deus ex machina we cry for. 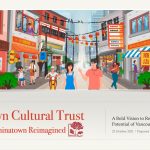 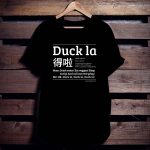